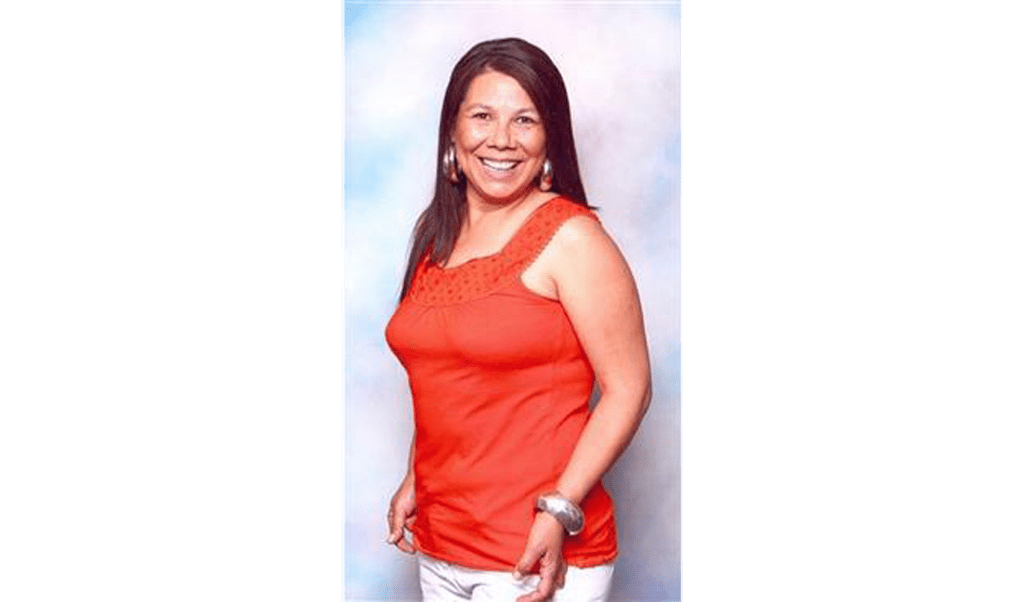 We are grateful to Donna’s long time friend and University of Alberta colleague, Heather Blair, for providing us with this tribute to our beautiful, unforgettable friend and colleague.

Maya Angelou wrote, “A bird doesn’t sing because it has an answer; it sings because it has a song.” Plains Cree was Donna’s song, and she sang it for all of us to hear in her clear and melodic voice. When she entered a room and smiled, the whole room lit up; when she laughed that deep and hearty laugh, it was infectious. Donna loved life and was loved by many people. She inspired her friends, family, and students, many of whom will continue to sing the songs she sang so well.

Donna was an exceptional person. I would describe her as an okihcitâwiskwêw, a courageous woman warrior and protector who went into battle to protect the
things she believed in and the people she loved. She fought long and hard as a traditional Cree woman in contemporary times. She succeeded on so many levels in multiple worlds; she spoke, read, and wrote her language; she took part in ceremonies and the Sundance; yet she also earned her master’s degree at UBC. She chose her battles and took care of many people. She was a warrior indeed. She danced in both worlds. She was born a nêhiyawiskwêw and left this earth as one. Her life force, ahcahk, left this earth, but she will always be with us. Donna taught me many things during our time together, and her strengths remain an inspiration to me. I miss her in my day-to-day life, but smile when I think of our good times and good work together.

Donna Lynne Paskemin was born on May 26, 1961, and grew up on the Sweetgrass reserve
in central Saskatchewan. She attended school on her reserve, completed high school in North Battleford, and went on to the University of Saskatchewan to earn a Bachelor of Education degree. As an undergraduate in 1981 she had a summer job at the Saskatchewan Indian Languages Institute (SILI) under the direction of Dr Freda Ahenakew. She was always interested in her language, but it was at SILI that she realized her own gifts as a Cree speaker, teacher, and researcher. I met Donna at this time, and she and I travelled to various parts of Saskatchewan to work on a SILI research project. We piloted the survey that was to become “On the Critical List: The Sociolinguistic Survey of Indigenous Languages of Saskatchewan.” Later, Donna taught school at Hobbema and went on to teach Cree to adults at the Universities of Alberta, Regina, and Saskatchewan. She was the driving force behind the inception of the Canadian Indigenous Language and Literacy Development Institute (CILLDI) in 2000 at the University of Alberta and helped guide its development as a language planner, instructor, curriculum developer, immersion teacher, and fundraiser, always consulting the Elders and following appropriate protocols. I believe that we would never have gotten the Institute off the ground had it not been for Donna’s insistence on its importance and the urgent need. Donna’s work has been the foundation of the language retention and revitalization efforts of the over 800 CILLDI students since 2000. She was very proud of all of them.

Donna was also a very proud mother, and she and Jodee Jayne shared a very strong bond. Jodee was the youngest CILLDI student in 2004, helping transform Donna’s concern about transferring Cree to the next generation into a Cree Immersion Day camp at CILLDI for the children of our adult students. Jodee attended the Young Women’s Circle of Leadership at CILLDI in 2009, and Donna was a very proud mom of this young
woman who was growing up with both traditional and contemporary knowledge. They
were seldom apart over those summers, and my heart goes out to Jodee for her loss.

The following is a selection of Donna’s contributions to the field of research.

(2006, May). Research developments at the Canadian Indigenous Language and Literacy Development Institute. Paper presented at the conference of the Social Sciences and Humanities Research Council, Toronto, ON.

(2006, May). Valuing diversity: Indigenous knowledge and knowledge systems as curriculum. Paper presented at the conference of the Canadian Society for the Study of Education, Toronto, ON.

(2003, April). Working towards saving Indigenous languages: The role of the Canadian Indigenous Languages and Literacy Development Institute. Paper presented at the conference of the Treaty Eight education directors, Edmonton, AB.

(2003, April). Working towards saving Indigenous languages: The role of CILLDI. Paper presented at the AWASIS conference of the Saskatchewan Teachers’ Federation, Saskatoon, SK.

(2002, February). The Canadian Indigenous Languages and Literacy Development Institute. Paper presented at the Echoing the Voices of Our Ancestors Aboriginal Languages conference, Vancouver, BC.