Tyrone Tootoosis on the loss of language and culture 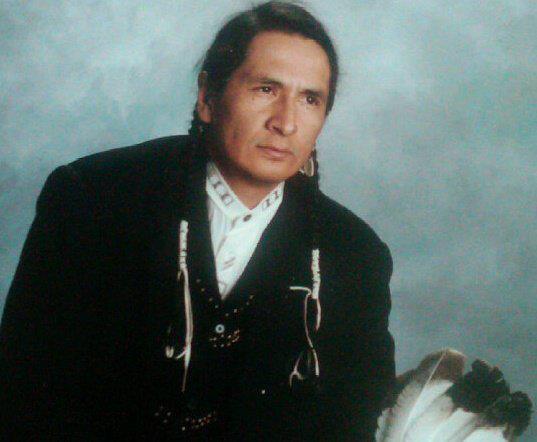 “Cree Literacy” isn’t just about learning to read the language. It’s also about understanding Cree history and Cree culture, an important educational goal not only for “nêhiyawak” but for non-Aboriginal Canadians as well.

Thanks to Tyrone Tootosis, Sr. for permission to share his very personal reaction to comments about the sad state of the language among Cree youth.  The frustration he expresses is palpable, but it underlines the importance of doing all we can to support those who are struggling to learn and maintain the language. How ironic that even as the importance of Aboriginal languages is finally achieving recognition, the victims are being blamed for its loss!

[Tyrone Tootoosis, Facebook post, 12 August 2012]:
I work in what is called “Aboriginal Tourism” on this great big boat they call Wanuskewin. Many call it the flagship of Aboriginal Tourism in Western Canada (lol).

So, the other day, I was setting up this gig when a security guard walked up and said, “Tyrone, is that you?” I said, “Nope, that’s my evil twin. Why? Are you a bill collector?” We chuckled. But, of course I recognized him as an old city police officer from three decades ago back in the days of “the office” a.k.a. The Baldwin. He told me he was now retired and just did odd jobs for something to do and to look busy. I juiced him by saying, “I see little has changed for you, that’s good.” He laughed.

Anyway, he started talking about how he had gone to the Truth and Reconciliation Commission event held in the City of Saskatoon a few weeks previous. Then he said it was a shame that not very many people spoke their languages anymore, that they didn’t even know much about their culture. He went on and on. Finally, he paused and, then I waded into him in much the same gentle approach a heat-seeking-tomahawk-warhead-missile would in finding its target.

I reminded him about the post Treaty era, the sweet promises that had been made by the Treaty Commissioners at the signing of the numbered Treaties, that our people had retained the right to hunt, to trap, to fish, the right to continue to be the people as before us, I told him about the many, many promises made by the Treaty Commissioners while holding and or in the presence of their holy Bible, the intentional extermination of the Bison Nation, the right to Education ostensibly to learn the “cunning of the whiteman.”

Then I talked about the onset of the Industrial School era, barely a decade after the signing of the Treaties: institutions that played havoc with our youth. Many of them went in knowing who they were as nêhiyawak: Plains Cree with long hair worn in braids because our people believe that hair is not a style, it is an identity. But, these same children came out of these places with short hair, hating themselves, barely speaking any Cree because they were punished by the priests and nuns for doing so, yet, barely speaking any English either because they spent so much time working on labour jobs to keep the schools running. With never enough time in the classrooms, they were brainwashed into thinking that they were savages and that their Cree parents and all Cree people prayed to the devil.

I told the officer that I didn’t expect him to know this because Canada had done a remarkable job at keeping this dark saga from being included in the curriculum of this country’s classrooms. I told him that when Cree children were taken from their parents, that our Elders knew it would affect our people for generations to come.

One of the horrific prices paid for what happened was that the oral history transmission process was disrupted. The passing on of family relationships and history, tribal history, customs, songs, dances, societies, hunting, medicinal plants, hunting and all that: halted. The parents were left childless and heartbroken. Many parents couldn’t get over this previously unknown, painful empty void in their lives and turned to whatever was available including alcohol.

At the same time as this was happening the government through the Department of Indian Affairs and under Prime Minister Sir John A. McDonald (whose portfolio also included Indian Affairs) implemented the Pass System. Our people couldn’t leave our respective reserves without a pass from the Indian Agent. Indian Affairs also implemented the Permit System whereby our people couldn’t buy or sell anything without getting a permit from the Indian Agent. The Pass System was designed to weaken the Cree (and other tribes) by way of the blood and the mind. Cree Laws on Relationship and Marriage were strict, but when the Pass System was implemented, young men couldn’t leave the reserves to find wives.

What happened? Exactly what the Government wanted. Intermarriage. Our Elders saw this and understood the implications, that when people who are related by blood end up in a relationship, the minds of the children are weak, their health is not good, their blood is not strong. Ultimately, the whole nation is affected, and, this is why wâhkôhtowin (or ‘kinship’) was strictly enforced prior to contact. I shared some other stuff with him but, concluded my rant by saying, “And, today, non-First Nation people make comments about what a shame it is that many of our people don’t even speak the language, that they don’t know their culture.

The officer sat there for a few minutes not saying anything and neither did I. Then he slowly got up and started walking away, stopped and looked back at me at which point I intentionally looked away. But, I did hear him say in somewhat of a whisper, “I’m sorry.” I just shrugged as what can I say except avoid getting pissed off. But, that’s the hell of it: I do and I did. Damn, I’m not talking about strangers. I had been talking about family, my father, my mother, aunts and uncles. I was talking about myself.