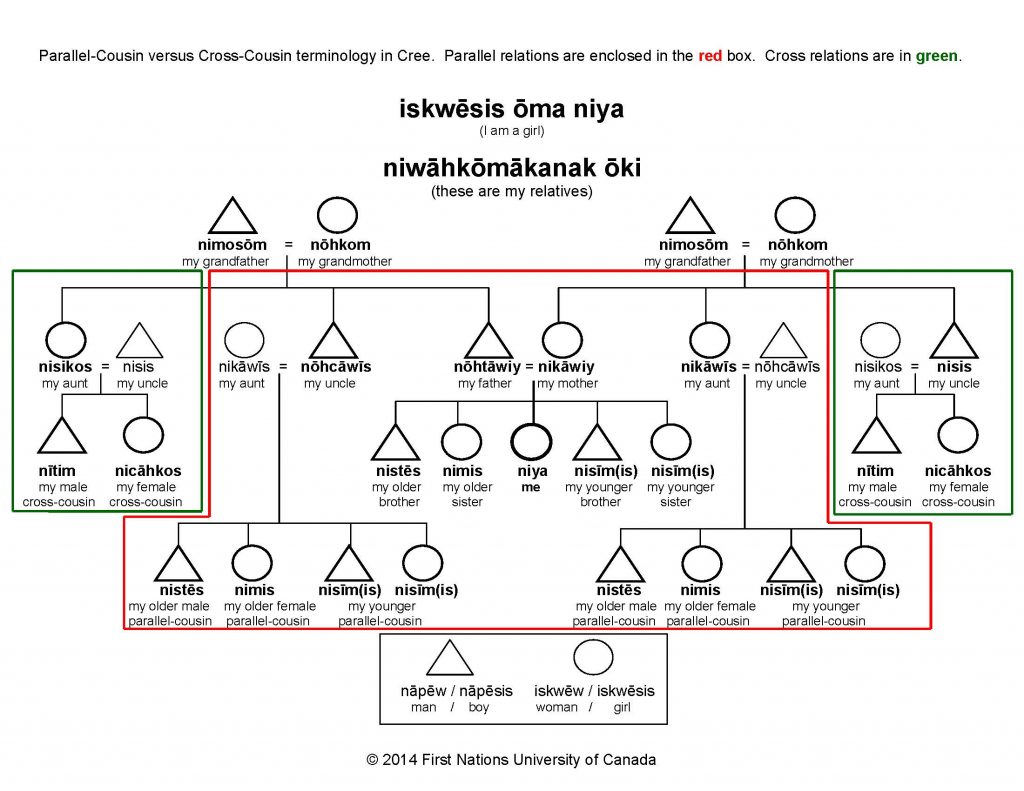 The cousin terminology of Cree is confusing to many – because it is so different from the way “cousin” is understood in English. The following explanation may be helpful. It’s important to remember that there are separate charts for male and female speakers, since the terminology changes depending on whether a man or a woman is speaking! Click here to download a 3-page pdf that includes the following description, plus both charts.  A fuller description of the relationships follows the charts.

The chart (above) for female speakers begins iskwêsis ôma niya.

The chart (below) for male speakers begins nâpêsis ôma niya. 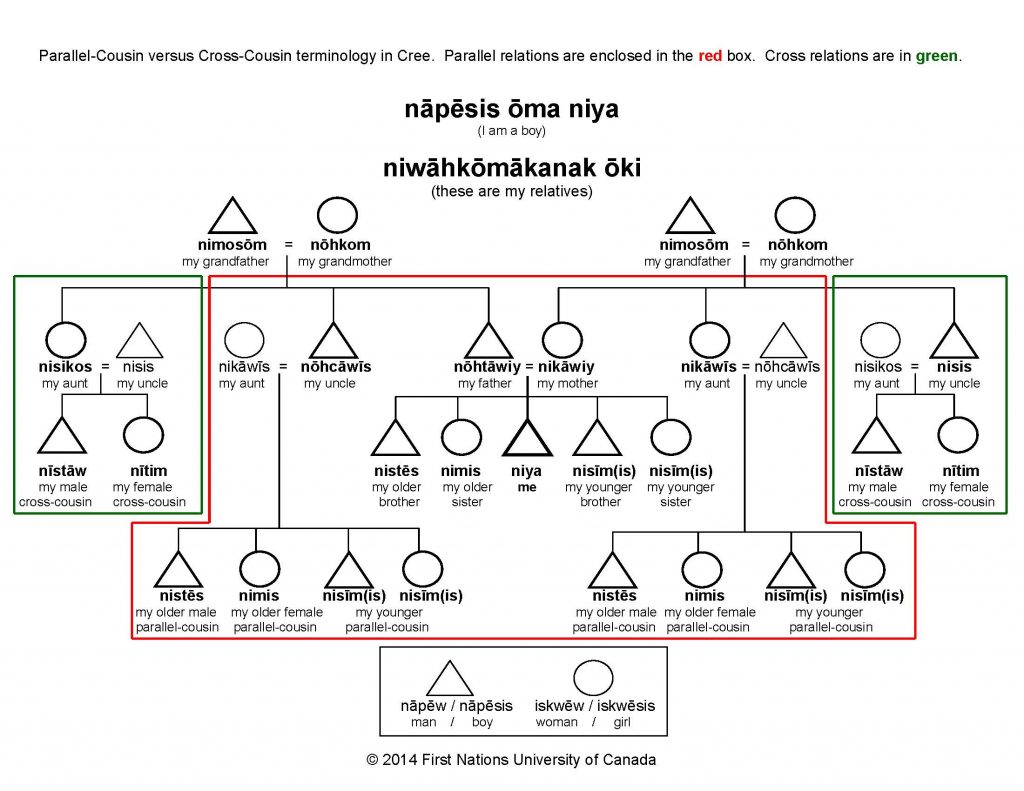 We have cousins – the children of our parents’ siblings. In English, we use the term cousins regardless of age, gender or which side of the family they come from. They are all cousins. Again, in Cree, more important distinctions are made. First of all, there is a very important distinction made between “parallel-cousins” and “cross-cousins”.

Parallel-cousins are the children of your father’s brother or of your mother’s sister. They are called “parallel” because their parents are siblings of parallel gender: your father and his brother (both male); your mother and her sister (both female). In Cree, you can use different terms for your parallel-cousins (such as the man’s term niciwâm “my male parallel-cousin” or the woman’s term niciwâmiskwêm “my female parallel-cousin”. But you can also use the same terms as you would use for your siblings: nistês (my older brother), nimis (my older sister), nisîm/nisîmis (my younger sibling). In Cree, your siblings and your parallel cousins are treated the same. In English, siblings and parallel cousins are not treated the same.

Cross-cousins are the children of your father’s sister or your mother’s brother. They are “cross” cousins because their parents are siblings of the opposite, or “cross” gender. In traditional Cree culture, your cross-cousins are never treated the same as your siblings or parallel-cousins. This is a very important difference.

The cross-cousin relationship is important, because traditionally cross-cousins of the opposite gender (those who call each other nîtim) were permitted to marry. Parallel-cousins who were considered equivalent to siblings were never allowed to marry. But cross-cousins, who are never considered to be siblings, were potential marriage partners. In English, where cousins are cousins regardless of age, gender and which side of the family, cousins are never considered potential marriage partners.