Blown up, and 21 meters down, Buffalo Child Stone is sacred as ever. 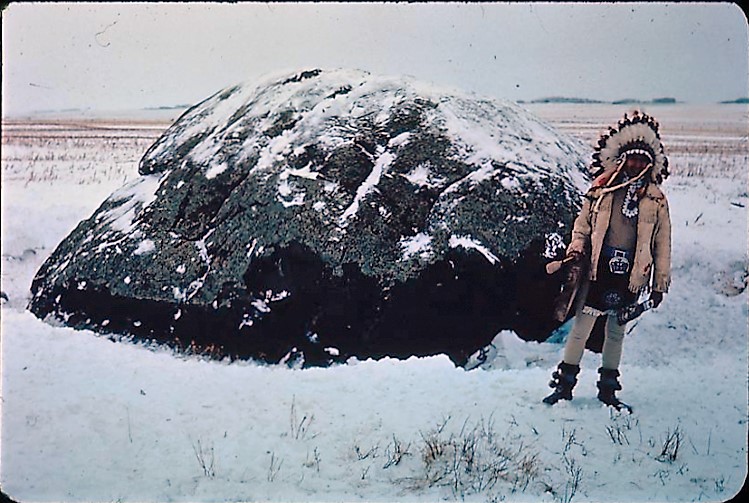 From CBC’s As It Happens, September 5th, 2014 (note that proper standard spelling of the rock’s name is mistasiniy):

Saskatoon-based diver, Steven Thair is the first person in nearly 50 years to lay eyes on what remains of an important First Nations’ sacred site. For hundreds of years, the site – a giant boulder known in Cree as Mastaseni – marked a sacred meeting place in southern Saskatchewan. In 1966, government workers blew it up. It stood in the path of a man-made lake that was to be created by a dam.

Read more, or listen to the original interview:
http://www.cbc.ca/asithappens/features/2014/09/05/mastaseni-visit/

News about the find appeared in Indian Country Today and the Saskatoon Star Phoenix, and the Phoenix even includes Barry Ahenakew’s telling of the story of Buffalo Child Stone.

The image on the right is of the rock before Lake Diefenbaker – provided by Tyrone Tootoosis, who was part of the diver’s search team. Tyrone’s photo collection of Saskatchewan Sacred Sites can be seen at https://creeliteracy.org/2014/04/28/cree-sacred-sites-tyrone-tootoosis/#jp-carousel-2134

Yet another story – this one about the underwater search: http://thesheaf.com/2014/09/11/buffalo-child-stone-rediscovered-in-lake-diefenbaker/

What follows is the story of Buffalo Child Stone, as told by Barry Ahenakew to Star-Phoenix reporter Hannah Spray, about the big rock shaped like a buffalo that sat in the Qu’Appelle Valley before it was blown up in 1966. There are many longer, more detailed versions, Ahenakew said, but this is the heart of the story:

“For us, even though it’s underwater and parts of it are underwater, the spirit of it is still there, the spirit of the buffalo child, the buffalo child that was brought up by buffalo, raised by buffalo, as a child that was lost on the Prairies a long time ago as a group of people travelled. He thought he was a buffalo. He didn’t realize until he got bigger and he seen a reflection of himself as they were drinking water, that he looked a lot different than the buffalo. Using buffalo talk, he asked his father how come he looked so different. His father told him that he was actually a human being they had raised from the young, from being a young child, they raised him as a buffalo, they had found him and raised him as a buffalo.

With that discontent he had, his father told him you’re free to go if you want to look for your human being relatives, go ahead. That’s what he did. He left and he journeyed out and he found people. He couldn’t talk Plains Cree, though, so he had a hard time adapting to learning the language, but everybody spoke it so it didn’t take him too long to learn Plains Cree. He wasn’t very happy a lot of times, seeing all the buffalo hides and the buffalo meat. He’d never eat the buffalo, his brothers and sisters, his relatives.

After a while, he did have a family with the people, he had children and offspring, but he decided to leave and join the buffalo again. That’s when, later on, he turned into a buffalo, an actual buffalo. And he turned after that into a stone of the sitting buffalo, and that’s the stone that was there.

That’s a sacred story of the Cree. It goes a long time into the past.” 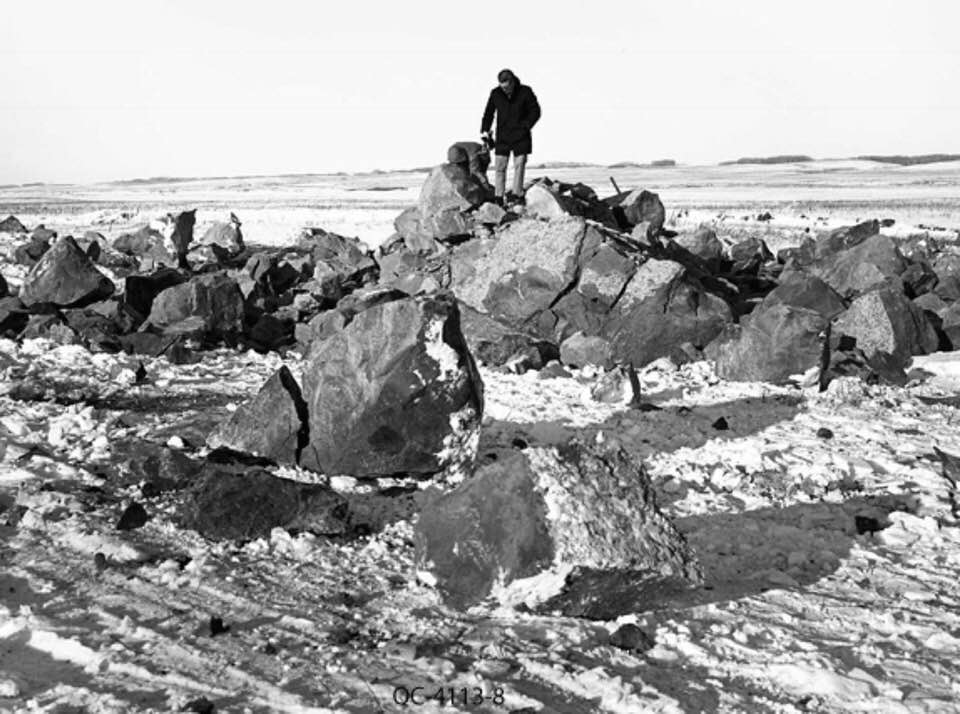