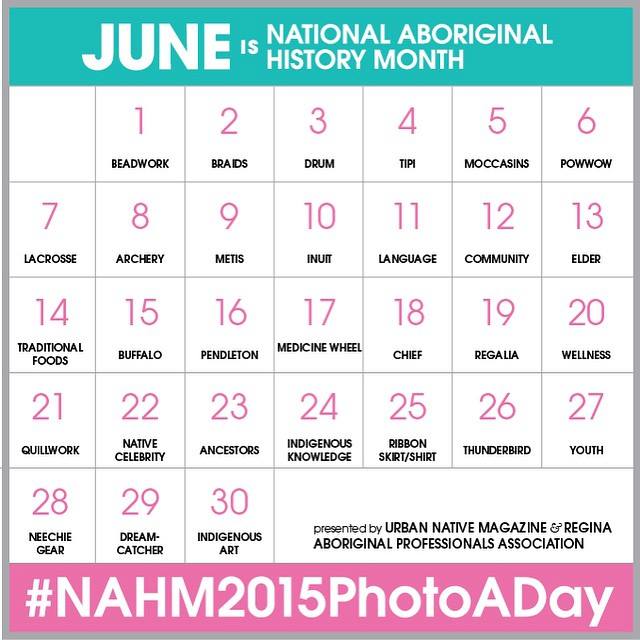 Here at the Cree Literacy Network, we’ve decided to play along, by gathering the images suggested – but (with help from Solomon Ratt) captioning them in Cree.

For Day Fifteen, the word is Buffalo:

I always find it interesting how words change with time. In English we might think about the way phones have changed over the last twenty years or so – and how we talk about them. Now that cell phones are everywhere (and can do almost everything), we’ve begun to refer to ordinary telephones as “land lines” – just so we can distinguish the two.

A hundred and fifty years ago, the Cree word for buffalo was simply mostos. Then – at about the same time the bison herds were being hunted almost to extinction and the treaties were signed – cattle began to be introduced, and slowly became more common. In time, mostos became the word for “cow” – and the prefix “paskwâwi” was added to help distinguish buffalo (“prairie/plains cows”) from cattle.

I tried to find photos of the small herd of bison (on the hoof) that Boss and Hal Greyeyes reintroduced to Muskeg Lake a few years ago. Instead, thanks to Brenda Ahenakew, we have this photo of Boss, Hal, Duke and the late Kevin (along with a friend) with a freshly skinned bison carcass, reminding us of the cooperation and hard work that depending on bison for food entailed.