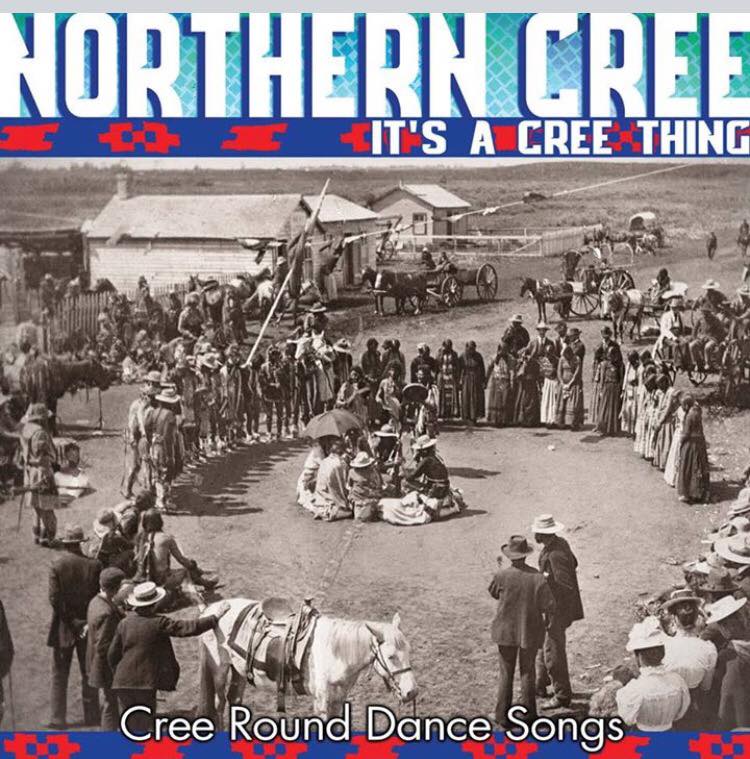 https://youtu.be/RTaGX1y0xj8
Congratulations to Steve Wood and all the fabulous members of Northern Cree who will “Bring the Thunder” to Los Angeles on February 12th for the Grammy’s kick-off. Northern Cree has received its seventh Grammy nomination, this time for best regional roots music album for “It’s a Cree Thing.”

How are you all our fellow people. It is with great honour and humbleness that we announce our 7th nomination for the prestigious Grammy Awards for yakowehôn.

Northern Cree will be performing at the 12:30-3:30 Pacific Time “Premiere Ceremony” that will be streamed live internationally to over 4 million viewers. Livestream of the Grammy’s premiere (including Northern Cree’s performance) will be posted at live.Grammy.com for 90 days after the event. The awards will be broadcast live on CBS tv on Sunday, February 12, 2017 at 8pm Eastern time.

Find lots more great Northern Cree videos on Youtube. I can’t find one from the current cd, but here’s a link to “Facebook Drama” – an all-time favourite.