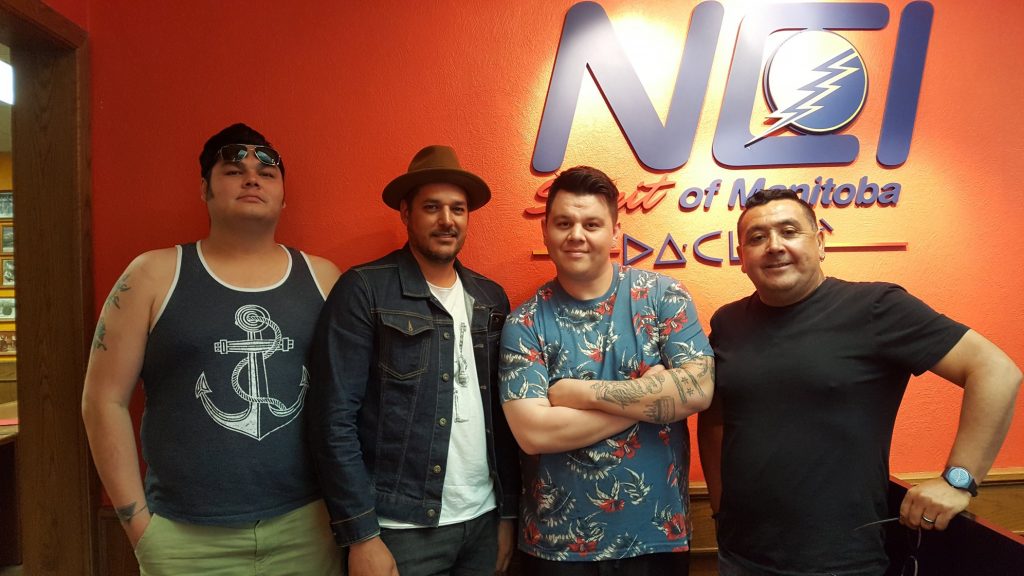 It was great surprise to run into my colleague Stan Louttit from Moose Factory in Winnipeg. It was even better to hear Midnight Shine (Stan is the bassist) live at The Forks at APTN’s Indigenous Day Live 2018. Not sure you could find a better choice for a Winnipeg audience than a Neil Young cover – and singing along in Cree is always cool. In this case, the Cree is n-dialect, as spoken in Attawapiskat, the home of lead singer Adrian Sutherland.

Cree text in SRO (with thanks to Ken Paupanekis):

The lead single from Midnight Shine’s new album HIGH ROAD is an exceptional cover of Neil Young’s HEART OF GOLD, bringing a timely new sound to this timeless classic. Midnight Shine’s version is distinctly different, yet honours the heart and soul of the original. It was produced by Midnight Shine, along with John-Angus MacDonald (The Trews). FUN FACT: Listen for Chris Gormley (Big Sugar) on drums!