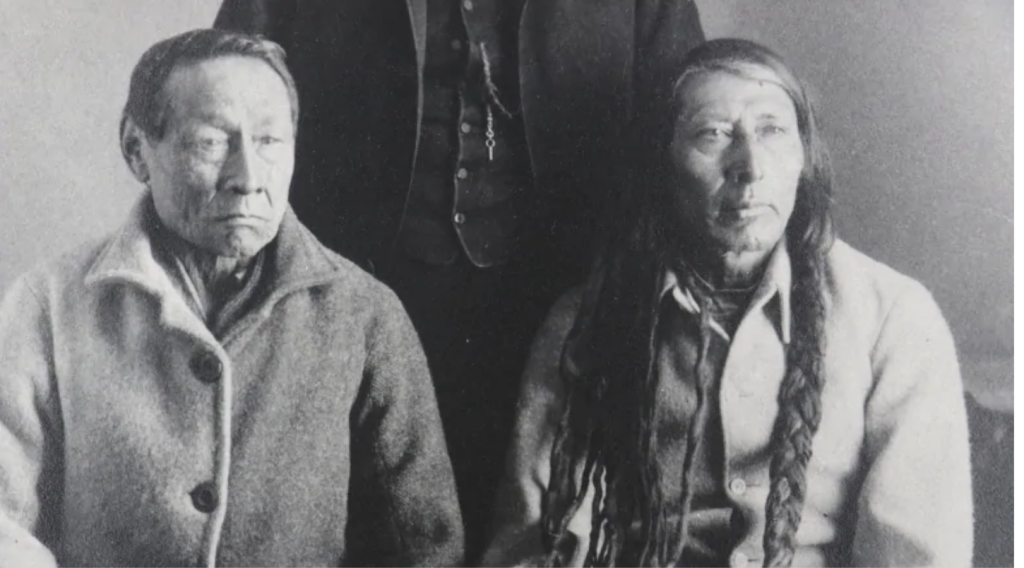 PrevDarlene Auger’s Lullabye Teachings
Today, I can do anything! (y-dialect)Next

The late Tyrone Tootoosis, Jr is sorely missed, though his spirit remains with many. I suspect it’s his post from five years ago this week that has the Cree Prisoner’s Song circulating on FaceBook once again. Here’s what Tyrone said then:

Our Elders said that in the fall of 1885 and just before our 8 Cree and Assiniboine Warriors were hanged at Fort Battleford, the prisoners sang a song. All the surrounding reserves were aware of what was going to happen on that fateful day. The Elders say that when it came time for each of them to say their last words, one sang a song, and the Elders say that the song was heard by the people in all the surrounding reserves.

This was and still is Canada’s biggest mass hanging. This story was told by an Elder doing interviews for a book called Loyal Till Death. In an interview with another Elder, he talked about one of these 8 prisoners having a “gift” whereby, in the mornings, the guards would find him sitting outside his jail cell having a smoke. Time and again. By no great co-incidence, this story about the warrior being able to leave his cell anytime he wanted is also in the NWMP Archives. Anyway, I first heard this song a long time ago. Good and sad memories. And, when I lived in the city I used to visit and work with “Moshom” late Simon Kytwayhat and this is one of the songs he used to sing.

The singer on the YouTube recording is William Burn Stick, and the recording seems to come from the 1966 Smithsonian Institution Ethnic Folkways Album No FE4464 – Indian Music of the Canadian Plains, recorded by the Canadian ethnomusicologist Ken Peacock.

Thank you to Solomon Ratt for providing SRO and syllabic transcription of the text (below the video) to accompany the translation that others have provided in comments on the YouTube post.

While I am living I’ll have fun;
When I die, I’ll die.
And when I die I will have no fun.