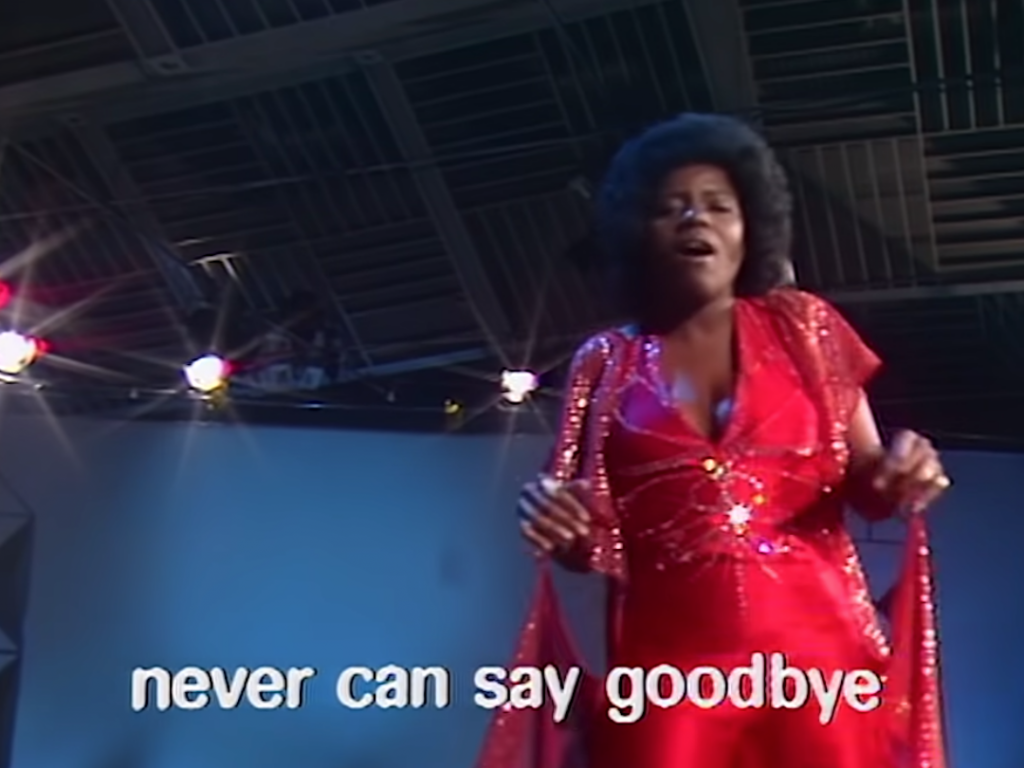 Maybe I’m the only one, but whenever the topic of “goodbye” in Cree comes up, I’m soon imagining the disco beat of Gloria Gaynor. English speakers are taught from early childhood that politeness demands that we say “please,” “thank you” and “you’re welcome,”  and “hello” or “good day” for formal greeting. They are often astonished to discover that Cree politeness doesn’t demand an exact match for these English forms.

It seems “goodbye” is another of these politeness words: perfectly ordinary for wrapping up a phone call, or a quick chat, but having no direct equivalent in Cree. English has alternatives, too: “bye for now,” “cheers,” “toodle-oo,” or even a two-part formula like, “See you later, alligator.”  “In a while, crocodile.”

People who study the history of English tell us that even “goodbye” didn’t always mean “goodbye” the way it is used today. It came about as a contraction of a longer phrase: “God be with you.”

“Goodbye,” in English, is an idiom: one of those things it’s really hard to translate directly. In a FaceBook discussion a while ago, one commenter did exactly that, writing:

A good effort, but not something a real speaker would ever actually say.

We know that words of parting were avoided on the phone: we laugh fondly at the memory of elders who regularly hung up without so much as an “êkosi.” It’s not clear whether they were avoiding the English idea of “goodbye” – or if they were respecting some older rule of Cree culture.

Solomon Ratt describes the words he exchanged with his aunts and uncles whenever they parted (and they’re lovely):

Maybe the idea of “if we are alive” also hints at why “goodbye” was avoided. It was to be reserved for death, the ultimate, permanent departure.

Cree has lots of alternatives for “goodbye.” Many of them vary regionally. Here’s a small collection (largely gathered from social media):