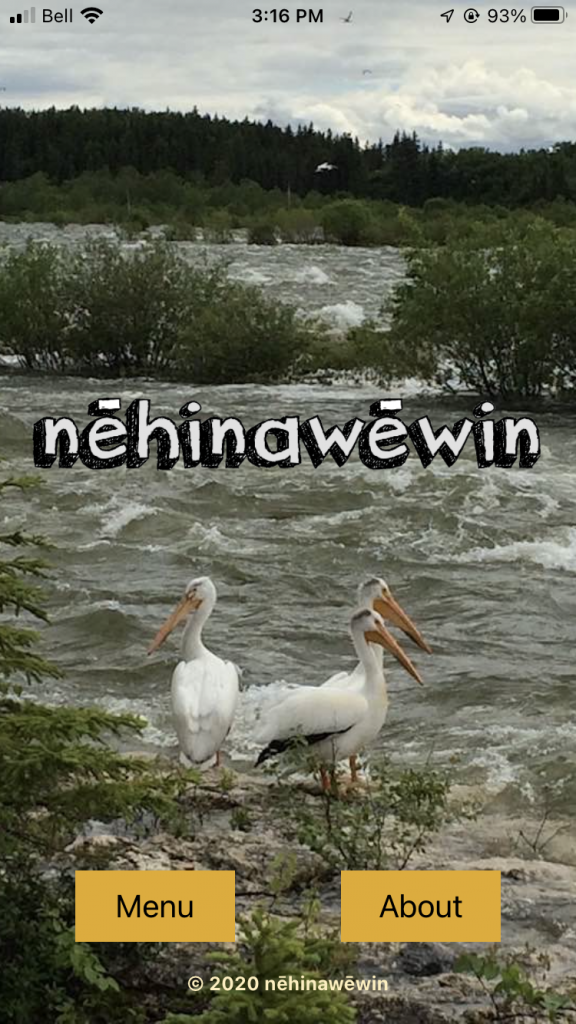 Congratulations to the whole village of Cree language warriors who laboured together to bring life to Cameron Adams’s dream of an n-dialect app. As of this week, it is available for free download at the Apple App store, for phone and tablet. You can find it there by searching “nēhinawēwin”.

When he imagined the project in 2018, Cameron’s exposure to Cree had come from his high school EAGLE program in support of Aboriginal languages, an elder who had inspired him to explore his own ancestral language, and completion of one Cree course at the University of Winnipeg. Needless to say, he learned an awful lot more Cree engaging with so many master speakers and writers of the n-, y-, and th-dialects, including, but not limited to:

In his announcement, Cameron also acknowledges financial, legal and moral support from:

Cameron has announced a virtual launch for Tuesday, 14 January at 7pm (CST) to include demonstration of the app itself. You can learn more at the FaceBook link:  https://www.facebook.com/events/2333390786810952