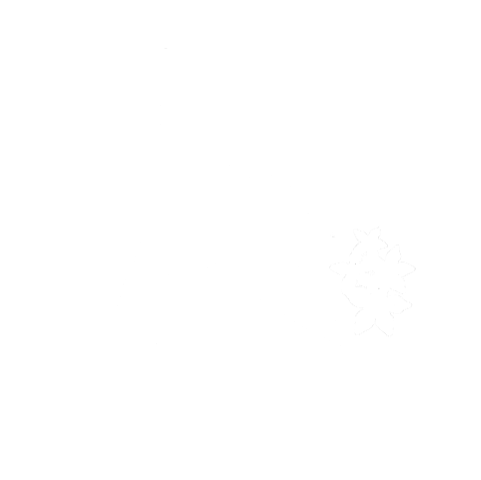 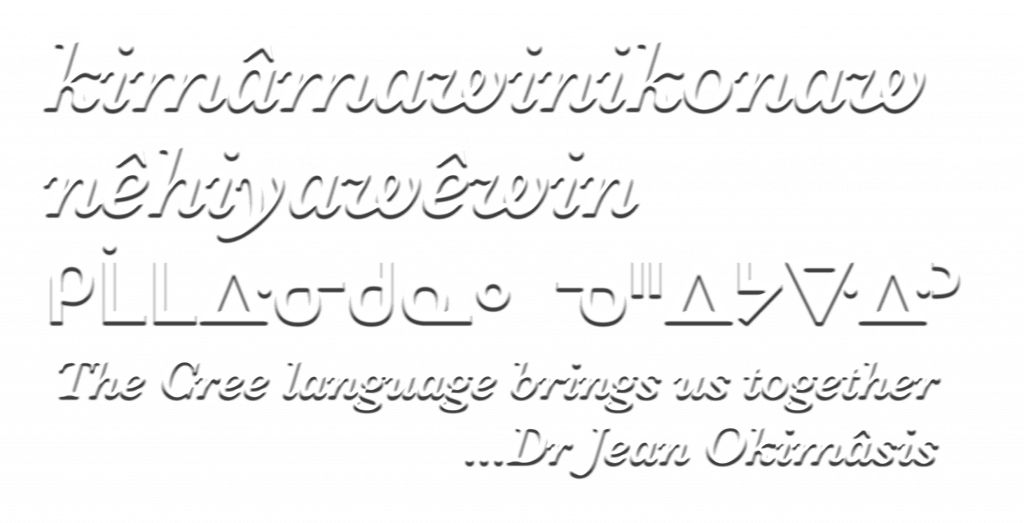 Our founders, contributors and friends are united by a life-long commitment to Cree language preservation and revitalization. A big part of that passion is passing it on to others. That means our network always has room to welcome new students, teachers, speakers and linguists. In the words of honorary founder Jean Okimâsis, “kimâmawinikonaw nêhiyawêwin:” the Cree language brings us together.

Building on the living legacy of Honorary Founders, Dr Jean Okimâsis and the late Dr Freda Ahenakew, we promote standard spelling as essential technology for language revitalization. We limit our content to materials that meet this standard to help reinforce the solid foundation that a fully functional 21st-century language requires.

To encourage speakers to become readers (and vice versa), we present most of our Cree-language content simultaneously in written and oral form.

We also agree that “Cree literacy” means much more than just reading and writing. Cree literacy demands awareness of Cree history and culture, living tradition and ancient ritual. It means understanding the depth and scope of damage from past wrongs, and engaging in the struggle to see them righted. In this so called “age of reconciliation,” it means being aware of Cree political issues past and present, and helping to preserve this “home on Native land” that we all share. 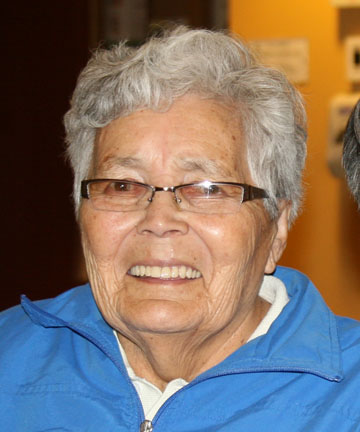 Honorary Founder Freda Ahenakew was born in Saskatchewan on the Ahtahkakoop Reserve. She received early education at the Sandy Lake Day School, but absorbed much more at the knee of her father’s brother, Rev. Canon Edward Ahenakew, who was a gifted storyteller and an Anglican priest.

She moved to the Muskeg Lake when she married into the Greyeyes family. When some of her twelve children began to drop out of school, Freda Ahenakew went back to school herself, riding the bus with them each day.

Her M.A. thesis, supervised by linguist H.C. Wolfart, was first published in 1987 as Cree Language Structures: A Cree Approach. By 2010, it was in its 18th printing. Her publications in Cree form the largest collection of written materials ever created by a single speaker of the language. Freda passed away in April 2011, leaving us all big shoes to fill. 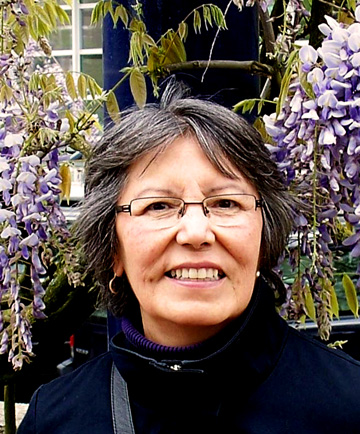 Honorary Founder Jean Okimâsis was born at White Bear First Nation in Saskatchewan. She received her elementary education there, then completed high school at the Lebret Residential School.

While pursuing a psychology degree at the University of Regina, she rediscovered a pride in her first language, Cree, and joined the late Dr Ahab Spence in 1982 to build the Languages program at the SIFC (now First Nations University of Canada). She served as its first department head. Collaborating with her student Solomon Ratt, she soon published Cree, Language of the Plains. In 2018, after 30 years of consistent use in various editions, the entire set of books and audio was made available online for free download.

Since helping to build the first full degree programs in First Nations languages in Canada, Jean’s contributions to Cree language literacy through instruction, editing and community service have never stopped. 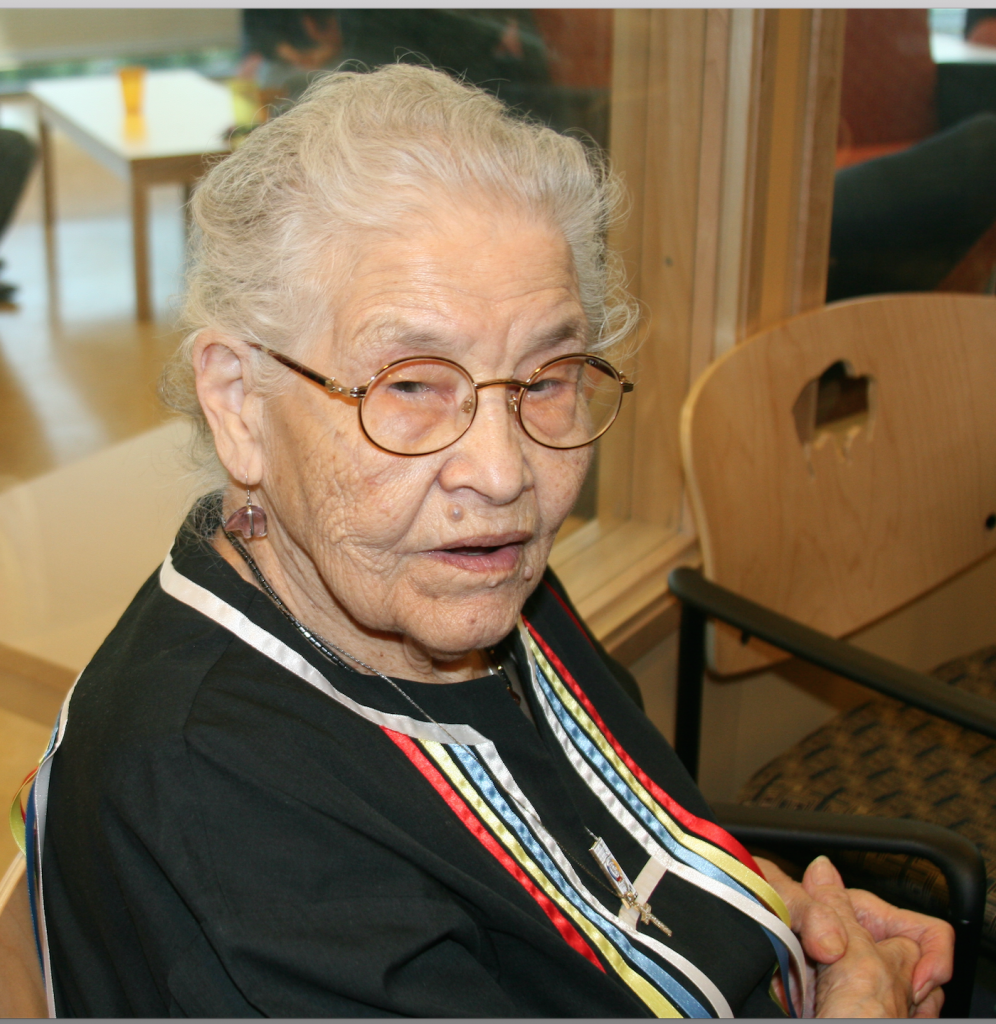 Elder Bette Spence was born in 1918 in New Reserve (Little Red River) in Saskatchewan. Her first language was Woods Cree (th-dialect). She served eighteen years as an Elder Counsellor at SIFC (now First Nations University of Canada), where her genuine kindness and thoughtful prayers (served with tea and cookies) comforted and encouraged hundreds of university students. She travelled to work every day beside her husband, the equally remarkable Dr Ahab Spence (founder of the SIFC languages program), who passed away in 2001. Now over 100 years young, she has slowed down a bit, but her lifelong advocacy for all that is Cree, and her loving voice of support and encouragement remains an inspiration. 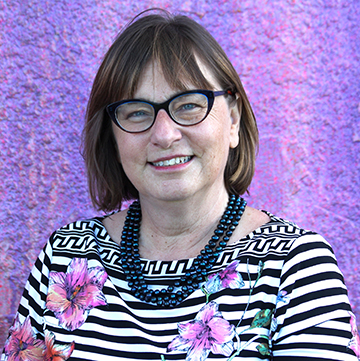 Founding Director Arden Ogg was born in Winnipeg, a granddaughter of Scottish homesteaders. She “met Cree” in the Intro Linguistics class of H.C. Wolfart at the University of Manitoba. After a brief study of the powwow music, she was invited in 1983 to join Wolfart’s Cree Language Project, where Freda Ahenakew was then an M.A. student.

With help from Wolfart and Ahenakew, she grew into the role of technical assistant, editorial partner and typographer, infected with the passionate commitment and respect of her mentors. Her 1992 M.A. thesis focused on Plains Cree particles.

In 2010, she envisioned the Cree Literacy Network as a means of creating connections among speakers, teachers and students of Cree across the Prairies. The Network was nationally incorporated as an Indigenous not-for-profit in 2011.  Through her commitment, Arden strives to repay an enormous debt of gratitude.

A Few of Our Friends 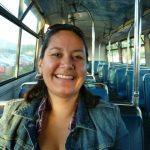 Cynthia Cook is from Stanley Mission, Saskatchewan. Woods Cree (th-dialect) was her only language as a young child on the family trapline; she began learning English when the family moved town and she started school.

After University, Cynthia returned to Stanley Mission to teach, often using Cree as the language of instruction. After seven years in the classroom, she joined the Gift of Language and Culture Project in 2004, devoting the next ten years to developing Cree language resources in SRO and syllabics.

She was asked in 2013 to translate the first season of Louis Says, an animated kids’ show that still airs on APTN. With her mother, Grace Cook, as editor, Cynthia translated, then recorded voice-over for several characters. Grace voiced several others. Solomon Ratt voiced the Cree-speaking elder, Louis. As of 2021, Cynthia is Director of Social Development for the Lac La Ronge Indian Band. 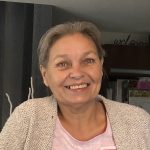 Elaine Greyeyes has served on the board of the Cree Literacy Network since its creation. She holds a bachelor’s degree in Human Justice from the University of Saskatchewan, and spent much of her professional career as a workplace counsellor for Saskatchewan Indigenous Gaming Authority. Seventh of the late Freda Ahenakew’s twelve children, Elaine was born into a household that stopped speaking Cree after local teachers claimed that speaking Cree in the home would impede children’s education. Although research has since proven this false, proof alone does nothing to restore what was lost. As a result, Elaine is particularly aware that language loss can happen within a single generation, and how much work is entailed in reclaiming and revitalizing a birthright that far too many have been denied. 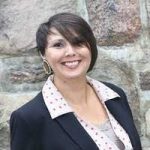 In 2018, Dawn Marie became the first Indigenous Artist-in-Residence for the city of Edmonton. As of spring 2021, she is launching her new Blue Horse Gallery & Studio in Smoky Lake, Alberta as a teaching/ studio space that features rotating exhibits of the work of other First Nations and Métis artists, and a permanent display of her  work.

Thanks, Dawn Marie, for the stunning skyscape that forms our new, 2021 website theme!

View more of her work online at dawnmariemarchand.net, or at her new studio website: https://bluehorsegallery.ca/ 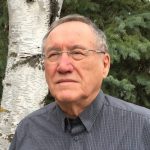 Originally from Norway House, Cree Literacy Board Member Ken Paupanekis taught in several northern schools before returning to Norway House as vice-principal at Jack River School, later becoming the first principal of the Norway House High School. Since moving south in 1998, he has travelled throughout Manitoba as a curriculum consultant and school superintendent, also teaching Cree at Brandon University, University College of the North, and the University of Manitoba. His 2014 phrase book, Pocket Cree: A Phrasebook for Nearly All Occasions, is a popular resource all across the Cree language continuum.

As a teacher, Ken understands the difficulties in learning a language like Swampy Cree, especially for students steeped in English. The verbs have more forms, and there isn’t a one-to-one correlation to English words. Nevertheless, Ken is optimistic: “Right now, the opportunity to reclaim the Cree language is better than ever.” 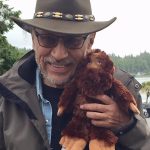 Solomon Ratt has shared many glimpses of his youth through original short stories written in Woodlands Cree (th-dialect), and published here on the Cree Literacy Network. A “veteran” of Residential School, he went on to study at the Regina campus of the University of Saskatchewan (which eventually became SIFC, now FNUC). There, as an adult in the classroom of Dr Jean Okimâsis (who remains his hero), he learned to read and write Cree for the first time.

He was soon teaching in the Department of Languages, Literature and Linguistics, and continues there to this day. To support and engage aspiring Cree speakers and readers in the classroom and beyond, Sol uses every trick in the book: traditional storytelling, original writing, audio recordings, karaoke, original drawings and stunning photography, and provides them to us to share. Even as he contemplates retirement and life in the mountains, his delight in the Cree language resurgence he has helped to fuel keeps him teaching every single day. 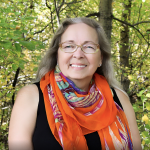 Mother of three daughters, kohkom of ten, and devoted câpân (of four so far) Dolores Greyeyes Sand is a first-language speaker of Plains Cree whose career has been devoted to teaching and promoting Cree language and cultural literacy at every opportunity. She is proud to follow the path laid by her late mother, Freda Ahenakew.

A gifted singer, Dolores uses the Cree language to interpret gospel music, rock’n’roll classics and even Catholic liturgy. Her translation work includes a 30-volume collection of Bible stories, and many other children’s books. While she is also the voice of the Canadian Bible Society’s New Testament, she might be best known for her interpretation of Elvis Presley’s “All Shook Up” which received a Gold Record from Manitoba’s NCI-FM radio station. 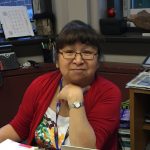 Dorothy Thunder is from Little Pine First Nation in Saskatchewan: an Indigenous woman who practices a traditional way of life. She grew up speaking Cree at home, and developed literacy in Cree as a student of the late Donna Paskemin. She is now a full time Cree instructor with the Faculty of Native Studies at the University of Alberta, and also a regular instructor at the Canadian Indigenous Languages and Literacy Institute (CILLDI).

Co-author in 2010 of The Beginning of Print Culture in Athabasca Country, A Facsimile Edition & Translation of a Prayer Book in Cree Syllabics by Father Émile Grouard, OMI, Prepared and Printed at Lac La Biche in 1883, Dorothy’s popularity as a teacher and speaker has taken her (so far) to Beijing, Hawaii, Cuba and Australia as a living ambassador for Cree language and culture. 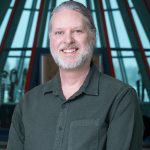 Founding member Arok Wolvengrey was first introduced to Cree language by a Cree-speaking guest to his grade 5 French class. When he reached the University of Saskatchewan, Cree was the one class he knew he would take. In a class taught by Freda Ahenakew he decided to dedicate his career to Cree.

Following Freda to the University of Manitoba, he completed an M.A. in Linguistics with her and her mentor, H.C. Wolfart before beginning the very long road towards his doctorate. Along the way, Freda became his adopted mother, and Arok joined the Department of Indian Languages, Literatures, and Linguistics at SIFC (now the First Nations University of Canada), where he met his future wife, Jean Okimâsis. Inspired by students and colleagues, he set aside doctoral plans to publish nêhiyawêwin: itwêwina – Cree: Words Volume I and II, a badly needed dictionary.

After receiving his doctorate from the University of Amsterdam in 2011, with a dissertation on Plains Cree Syntax, Arok was finally ready to return to his real work: more Cree language projects!