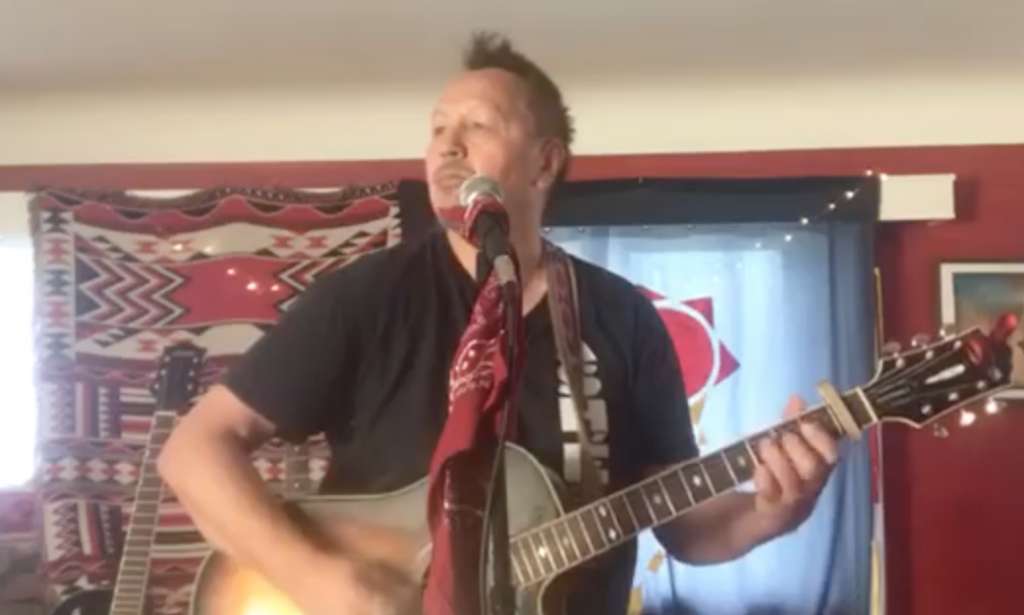 Thanks to Art Napoleon for permission to share his interpretation of Lynyrd Skinnard’s “Simple Man,” so we can all listen and sing along.

Translating any song text into Cree presents a special kind of challenge. English words are typically short; Cree word forms are typically long, but both need to fit into the same musical phrase.

It is seldom possible for a detailed word-by-word translation – the kind we would expect for ordinary text – to fit into the tight framework of an existing song. It can sound like a mad scramble trying to fit in all those syllables! Instead, song translators usually have to pare down the original English to its core, and translate the broadest concepts. They try to preserve the “hook” (the part that makes the song most memorable), setting aside English words and phrases that are less significant to how the song feels.

This is the technique used by experts like Winston Wuttunee and Dolores Sand. (Actually, Dolores built a perfect example of this into her translation of “Rock Around the Clock.” If you listen closely, and try to count along, you’ll quickly discover which numbers she skipped to make everything fit!)

Like Dolores, and like Winston, Art also relies on a bit of “Art-istic” license to make it all work. Art provided a transcript with his song that I’ve adjusted to Plains Cree SRO. (It can be read in Art’s Northern y-dialect by pronouncing ê as î.)