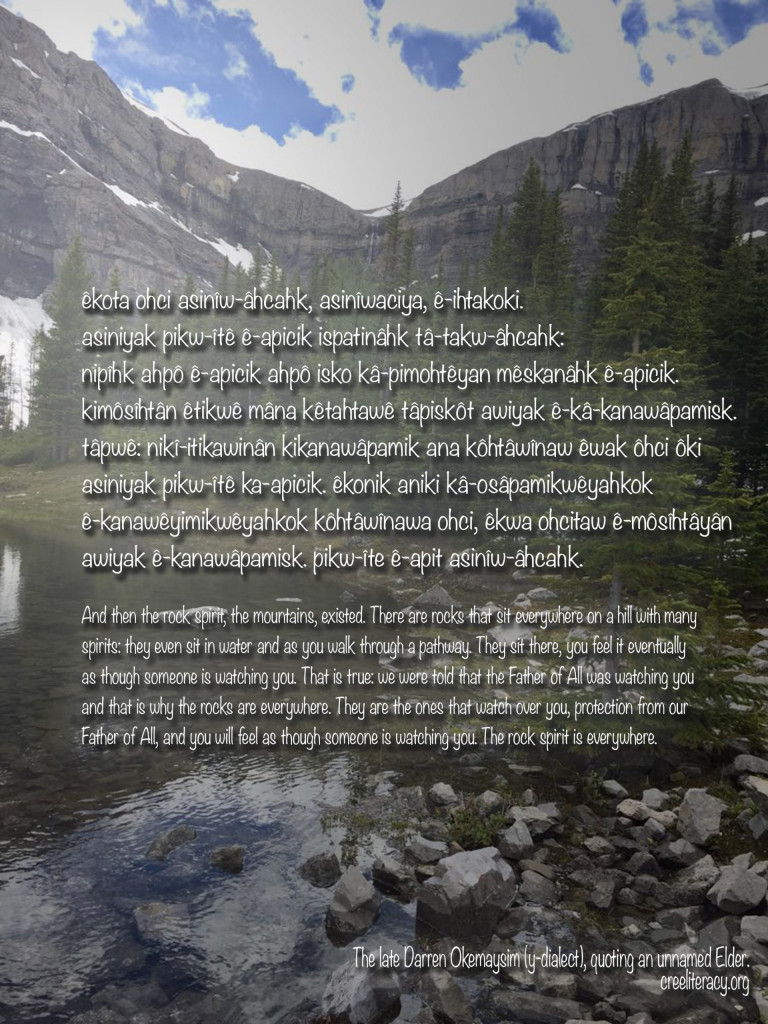 Today, we’re sharing an old FaceBook post from my late friend Darren Okemaysim that unexpectedly popped up on my computer screen this morning. (Cree uses the suffix “pan” to indicate that someone is deceased.) I believe Darren was quoting an unnamed Elder, whom he didn’t name. Because his voice had been burnt through years of cancer treatments, Darren always declined to provide audio, but to help honour his memory, Solomon Ratt has provided audio and editing today, along with this stunning photo taken while hiking at Bourgeau Lake near Banff. We know we’re not alone in missing our dear, late friend. [Sorry: this image is designed for viewing on a larger screen, or for print.]

And then the rock spirit, the mountains, existed. There are rocks that sit everywhere on a hill with many spirits: they even sit in water and as you walk through a pathway. They sit there, you feel it eventually as though someone is watching you. That is true: we were told that the Father of All was watching you and that is why the rocks are everywhere. They are the ones that watch over you, protection from our Father of All, and you will feel as though someone is watching you. The rock spirit is everywhere.