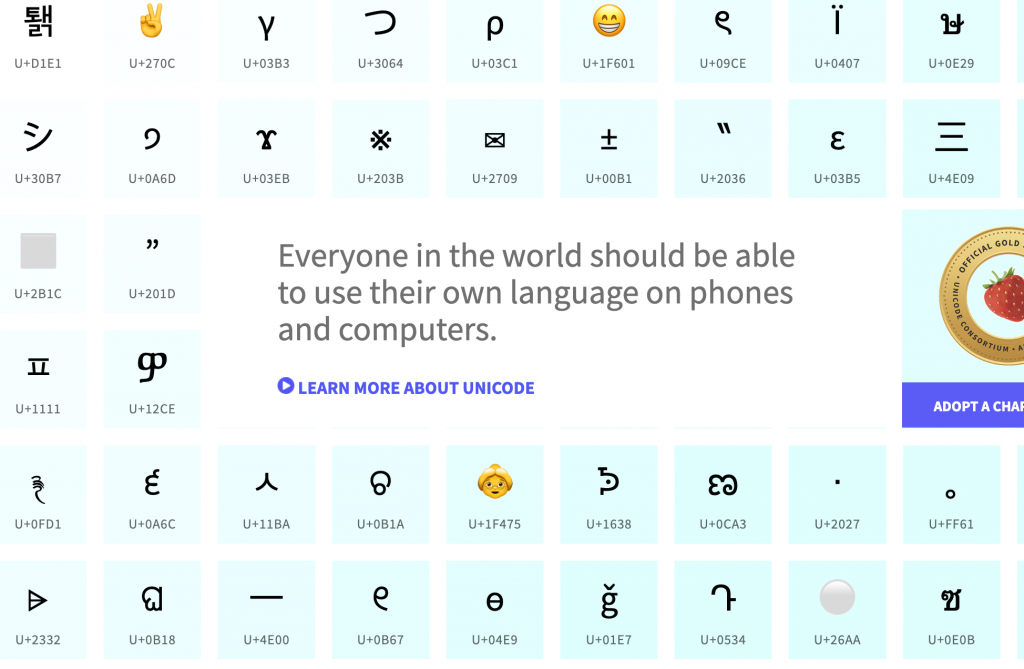 In an earlier post about typing syllabics on your computer, we explained:

To type syllabics on your computer, you need two things:

To keep things simple, we skipped over a lot of details. The first of these is why Unicode matters for 21st-century computer users. Here’s an explanation, beginning with history specific to Cree syllabics:

Before Unicode, the syllabic fonts we used worked like font changes. Some of these fonts are still in use. The documents we typed were fine on our own computer, or in print. Problems arose when we tried to send an email, or to share documents with somebody else. Unless they had exactly the same font installed, all they’d see was a scrambled mess. 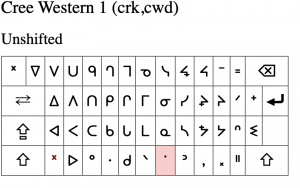 For example:
Based on the keyboard layout shown here, you would select your syllabic font, then type hij?qm< to produce ᒪᓯᓇᐦᐃᑲᐣ (masinahikan).

If you copied and pasted the word ᒪᓯᓇᐦᐃᑲᐣ into an email – and the person who received it didn’t have the exact same font – all they would see is hij?qm<.

The absolute worst? When your document mixed words in syllabics with English and Cree in roman, and you accidentally changed the document’s font. You’d have to go through and search for each word in syllabics, and add back the font changes again, one at a time.

With a Unicode syllabic font, your computer records the word ᒪᓯᓇᐦᐃᑲᐣ as ᒪᓯᓇᐦᐃᑲᐣ. And it remembers those character values (even in fonts that don’t have syllabic characters). Thanks to the work of the Unicode Consortium since 1991, every letter or symbol or syllabic character we type on a computer (for any language around the world) has a unique value that every computer can recognize and treat the same way. Here’s their video explaining how it all came about: