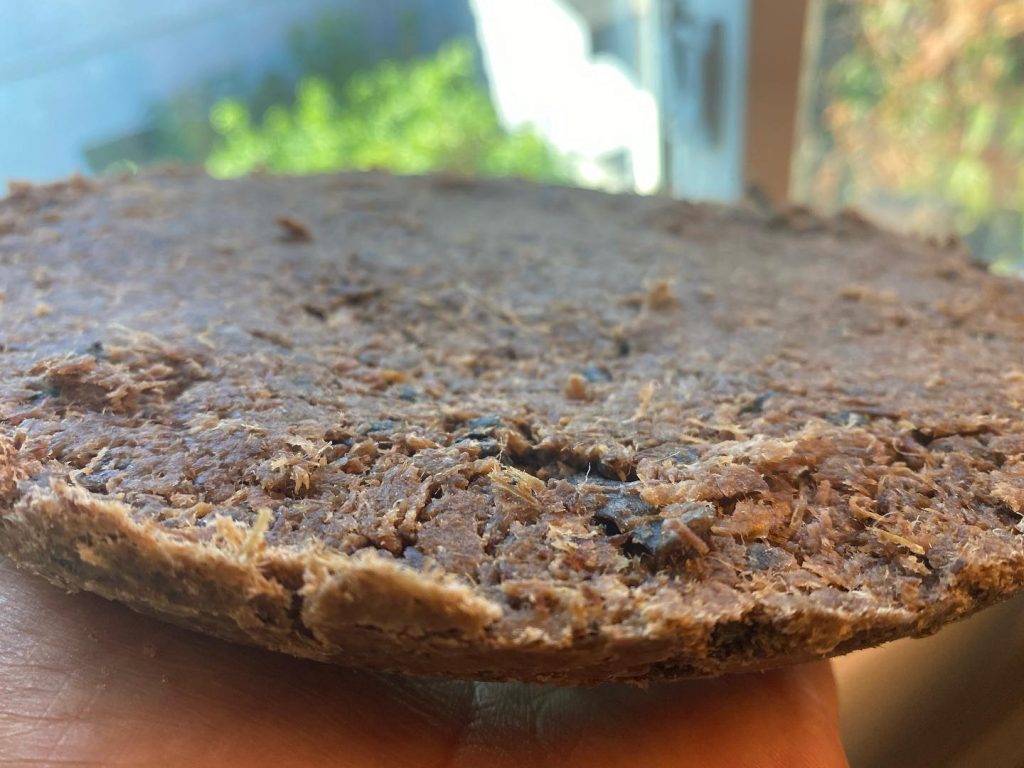 Thanks to Art Napoleon for sharing an authentic home video demonstrating the making of pemmican (or in the real language, pimîhkân). The video’s a little imperfect: it got cut off early, and we don’t get to see the final taste test (except in the photos below), but pemmican has always been more about sustenance than style. As Art says, it’s the original superfood that colonizers fought battles over because this food kept them alive. (You can google “Pemmican Wars” or even the “Battle of Seven Oaks” to learn more about this chapter in the early history of Manitoba).

Art makes “the real McCoy” using dried buffalo, moose lard, dried saskatoons & a touch of home cooked maple sugar. Here’s some vocabulary to go with the process, from the itwêwina dictionary (click on the links to open dictionary entries):

Art adds (after the video was cut off): After mixing grease, berry and meat mixture, ensure that there are no dry parts left then press down into a shallow container so that pimihkan is around 2 inches thick. Done. (Store it indefinitely in a cool, dry place – if it’s not all eaten immediately!) 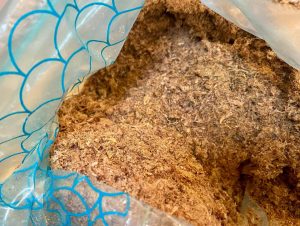 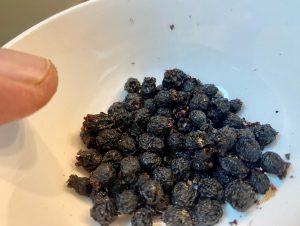 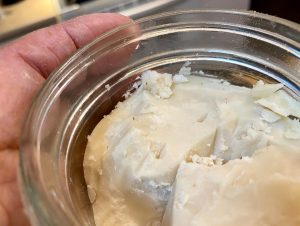 âhkwaci-pimiy: Lard that gets hard at room temperature. 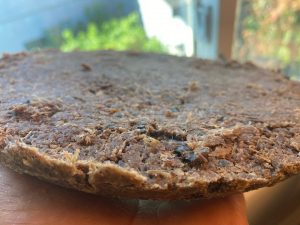 Patted down, ready to serve. 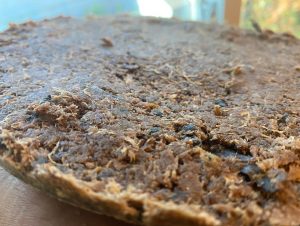